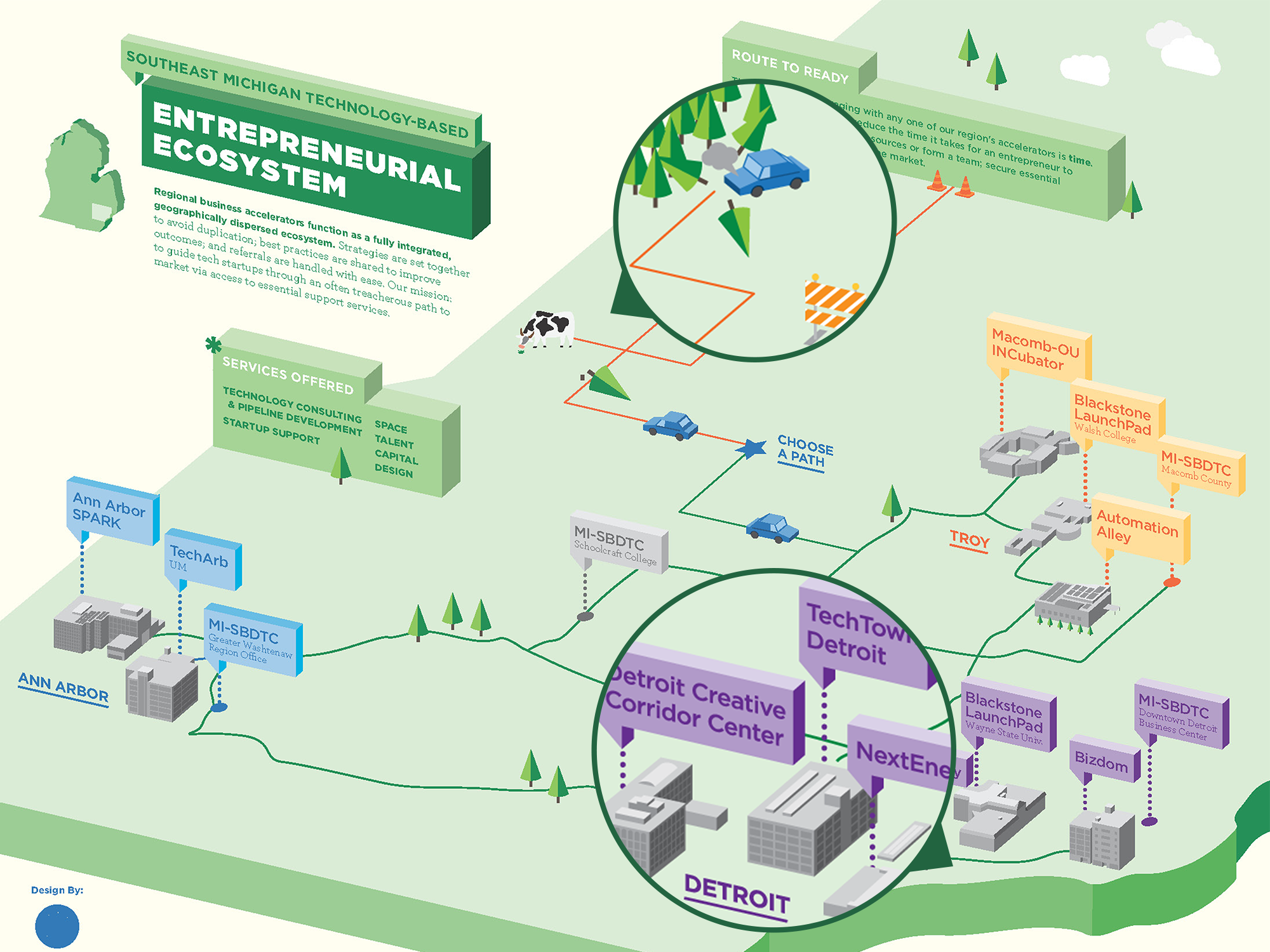 TechTown was founded in 2000 by Wayne State University, Henry Ford Health System and General Motors. In 2004, TechTown incorporated as a nonprofit and established its headquarters in a landmark 1927 Albert Kahn building just north of the Wayne State campus.

Originally founded to support tech-based spinoffs from the university, they soon realized that their incubation and acceleration strategies for tech companies could help strengthen neighborhood small businesses and commercial corridors across Detroit, Michigan. Today, they offer a full suite of entrepreneurial services for tech and neighborhood businesses, with satellite offices across the city.

As a former in-house designer and freelance contract designer for Techtown, this page showcases just a few of the many projects I had the opportunity to create.